The Sri Lanka National Chapter of OWSD is launched in Colombo.

The Sri Lanka National Chapter of OWSD was officially launched on 29 March 2018, in parallel with the South Asian Biotechnology Conference held in Colombo.

OWSD Sri Lanka was established under the umbrella of the National Academy of Sciences of Sri Lanka (NASSL). Many important scientists from various national and international organizations attended the launch, including the President and Council members of the NASSL, and representatives of the National Science Foundation of Sri Lanka and the International Centre for Genetic Engineering and Biotechnology (ICGEB, Italy), who all expressed their support for the future activities of the National Chapter. The inaugural address was delivered by the eminent Sri Lankan scientist Prof. Savitri Gunatilleke, Professor emeritus, University of Peradeniya. Congratulatory messages were also received from OWSD President Prof. Jennifer Thompson, Prof. Cheryl Praeger, Chair of the Women in Science, Education and Engineering (WISE) Committee of the Association of Academies and Societies of Sciences in Asia (AASSA), and representatives from the Australia, Bangladesh, Pakistan and Nepal National Academies of Science. 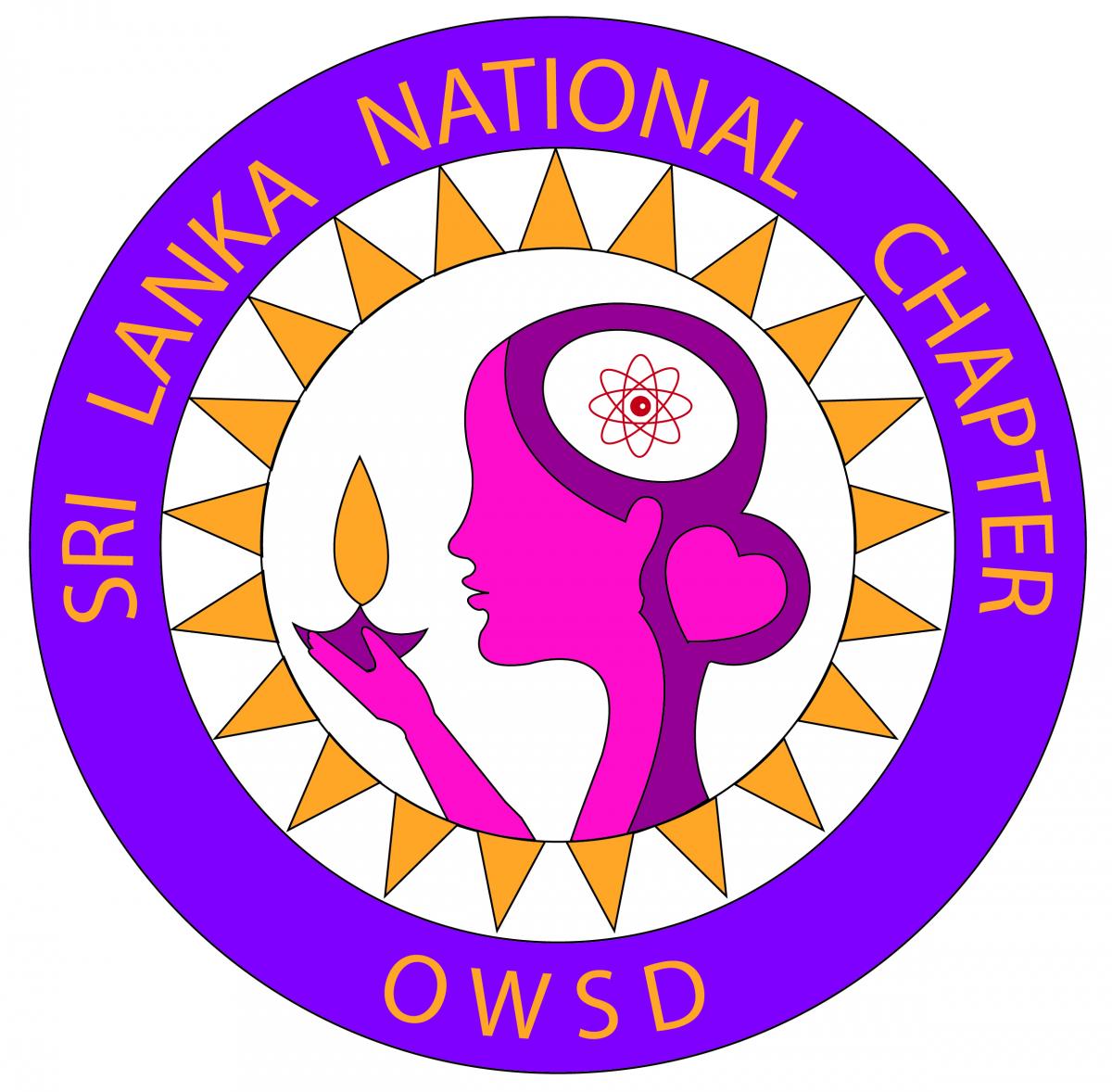 According to Prof. Nadira Karunweera, President of the Sri Lanka OWSD National Chapter,

"The logo designed for the Sri Lankan Chapter of the OWSD portrays a woman carrying a lamp surrounded by light rays. Her bun hairstyle symbolizes the Asian origin of the woman. The ‘atom’ symbol denotes science and ‘heart’ denotes devotion to family, compassion and love. Illustrating both the atom and the heart in the head denotes the fact that a woman scientist has both her scientific knowledge and her compassionate and loving heart, making her a guiding light (depicted by the lamp) to the family and others and brightening the world around her (depicted by the light rays surrounding the woman). The symbol atom is similar to the atom in the logo of the OWSD parent body denoting that the National Chapter is connected to the parent OWSD organisation. Light rays are similar to that found in the logo of  NASSL denoting its establishment under the umbrella of the NASSL."

The aim of the Sri Lanka OWSD National Chapter is to promote women's participation in science and technology, in scientific leadership and decision-making processes, both at national and international levels.

Prof. Karunweera spearheaded the establishment of the Sri Lanka National Chapter. She and the other members of the inaugural Executive Committee look forward to working with local and international scientists to achieve the National Chapter's aims. OWSD Sri Lanka may be contacted at srilankanowsd [at] gmail.com. 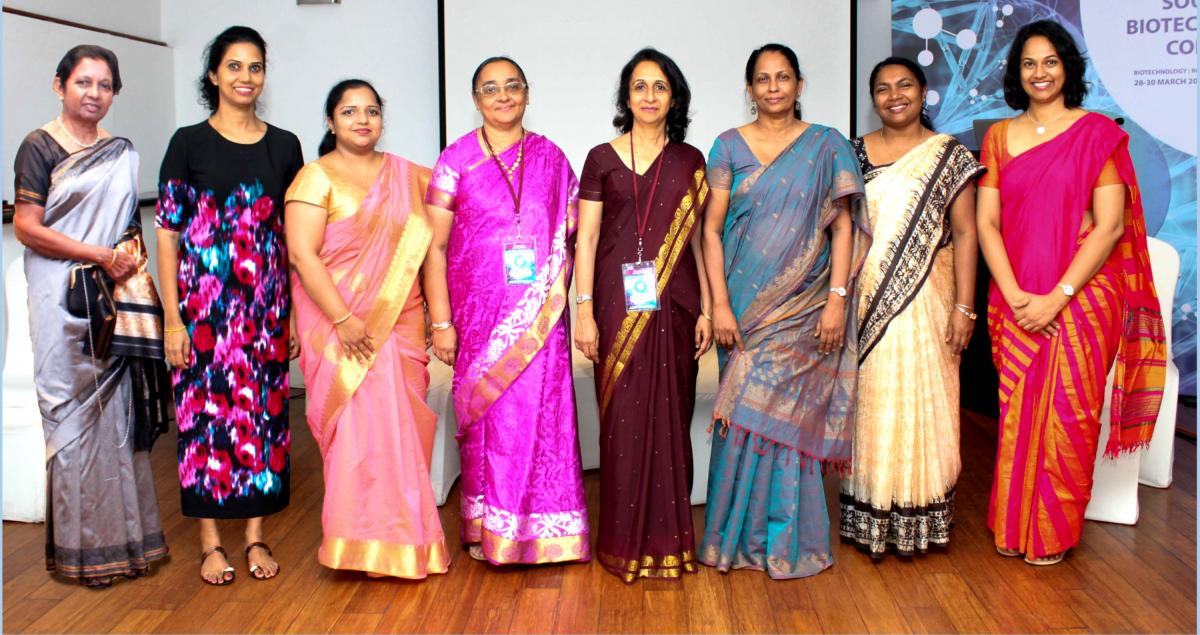