In this ninth edition of the OWSD Nigeria National Chapter University of Port Harcourt Branch series of scientific communications, Mike Fabrode speaks about startups and entrepreneurship.

WOMEN IN STARTUPS AND ENTREPRENEURSHIP

This is an unusual and somewhat strange subject for women in academics, which however ought not to be so. I intend to arouse your interests and inspire you to be determined to take immediate steps to remedy the inexplicable lack of ready interest in startups by women. Those who have dared, as I will show in this webinar, can never think of reversing their steps. They will rather go deeper into the world of enterprise, startups, business, and entrepreneurship. Indeed, women have innate entrepreneurial proclivities. The average mother in the village is a business woman, a business coordinator, a merchant linking the village farms to rural and urban markets, travelling in all sort of vehicles at grave risks, but holding on firmly to the goal of delivering the goods and counting the monies that flow in. Sometimes, she buys and stores palm oil, monitoring demand and supply dynamics before deciding to sell for profit much later. So why is there a paucity of women in formal entrepreneurship and startups?

The President OWSD University of Port Harcourt Branch, Dr. Eucharia Oluchi Nwaichi, had wanted me to speak on something related to “science, women and leadership”. I theorized that you cannot be a leader, in the true sense of it, if you are not empowered. Just see how Bill Gates and Dangote, even Michael Zuckerberg, for example, are treated when they travel in Africa and even round the world! So, I wanted to explore with you how women can be true leaders. Nigeria needs industrialization to break free from poverty. Industrialization requires proper structural transformation of the economy from the current level of “managing poverty” to “managing wealth and prosperity”. This can happen when women are also prominently at the commanding heights of the economy. Studies have shown that startups and younger firms, no matter their size, are the engines of economic dynamism and job/wealth creation. Why won’t women then embrace this low hanging fruity pathway to the top?

I intend to show examples of women who have broken the glass ceiling of startups leadership, founding and fund mobilization, tough as the terrain they had to traverse was. But first, let us see how women in academics fare in the world of entrepreneurship and startups. Global studies on women research, innovation, and business progress such as by the Kauffman Foundation and others have shown that early in the startup process, women take fewer steps to position themselves to start high-growth companies. A landmark study released in 2006 on “Gender Differences in Patenting in the Academic Life Sciences” (Mitchell, 2011), that tracked the careers of more than 4,000 life science research Faculty at U.S. universities over 30 years, found that “while women tended to produce research that was equal to or slightly better than men’s, on average, female Faculty patented their research at only about 40 % of the rate of their male colleagues”. “The women also tended to rely on formal university conduits to help them commercialize their research, rather than making connections and seeking guidance from private industry”. In addition to more actively reaching out to establish new networks – a critical step for would-be entrepreneurs – men had more exposure to industry earlier in the process, with 93 % of them serving on science advisory boards of high-tech companies, as compared to only 6.5 % of women. Interesting.

However, there are other studies in the wider area of entrepreneurship, as we shall present, which show that women are innate entrepreneurs. The Global Entrepreneurship Monitor 2012 Report on Nigeria had posited that “women were just as entrepreneurial as men, if not more, especially in the early stages”. Indeed, a 2016 KPMG study for the Fate Foundation revealed quite interestingly that “while female entrepreneurs represented 43% of micro enterprise owners, they only represented 22.75% of small and medium enterprises”, corroborating the trend that women-owned enterprises were more likely to be in the informal sector or in the early stages of enterprise growth in most African countries. This is a situation that some female gender organizations, such as Women in Management and Business (WIBBIZ), LEAP and She Leads Africa have been working to upturn and support emerging women entrepreneurs to rise and break the glass ceiling of Boardrooms and Startups Leadership and Founders. Good progress is now being recorded, and we can identify prominent and successful female role models such as Late Florence Seriki of OMATEK Computers, Funke Opeke of MainOne, Ada Osakwe of Nuli Foods, and Dr Angel Adelaja an hydroponic farmer. 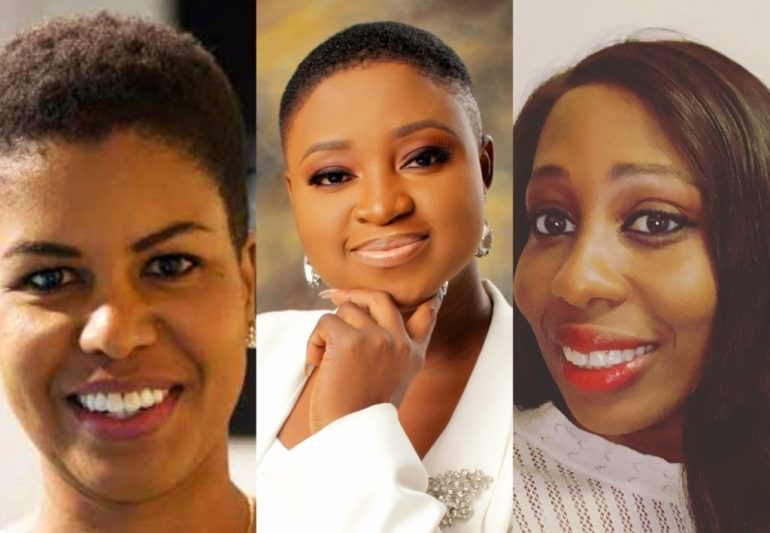 The Techpoint Journal in March 2020 celebrated three women who had broken the glass ceiling of $ 1 million investment in startups as Founders. These are Miishe Addy, Co-Founder of Jetstream, a cargo aggregation logistics startup and Vivian Nwakah, Founder/CEO of MEDSAF who broke the male monopoly of the pharmaceutical supply chain. The third is Temitope Omotolani, who started from the rough rural farm road markets to become a Co-founder/COO of Farmcrowdy, Nigeria’s first digital agriculture platform that empowers rural smallholder farmers to increase domestic food production and security. These are women who have dared to survive even where men fail. Between their startups they raised over $5.4 million capital in 2019.

No effort must be spared to create adequate space for women startups and tech ecosystem entrepreneurs to realize their dreams and contribute to national economic Transformation. Hence, female gender organizations, such as Women in Management and Business, LEAP Africa, FATE Foundation and She Leads Africa that have been working to upturn the status quo and support emerging women entrepreneurs to rise and break the glass ceiling of Boardrooms and Startups Leadership and Founders, deserve institutional support.

We have tried to briefly explore how startups grow from ideation, through acceleration to maturity, by understanding the startups ecosystem where they operate, the dominant actors, the enormous challenges and biases in the Nigerian environment, and the support system they need to thrive, scale and remain buoyant. Hopefully, we shall look back five years from now and be glad to see how many women will pick up the gauntlet from this webinar and dare to start up…. and grow their businesses to maturity and rapidly break the $ 1 million fund-raise ceiling, creating jobs to change the game for women and for Nigeria. That will be my joy and reward for this outing.