Scientists from Bioscience, Nuclear science, Electronics and Engineering at Atomic Energy Research Establishment, Savar, Dhaka are posing with OWSD pamphlets and encouraging younger generation to opt for PhD fellowships, Early career fellowships and awards provided by OWSD!
The professionals gathered in yellow orange attire to celebrate the beginning of Spring in Bengali calender on 16th Feb2020 (the first day of Spring started from 14 Feb). This day was also highlighted by the one-year anniversary of Dr Tabassum Mumtaz's OWSD-Elsevier Foundation award ceremony, which was held in the AAAS meeting in Washington DC, last year. She was among five Early-Career women scientists in Biological Sciences being awarded 2019 OWSD-EF award from the Asia-Pacific region. 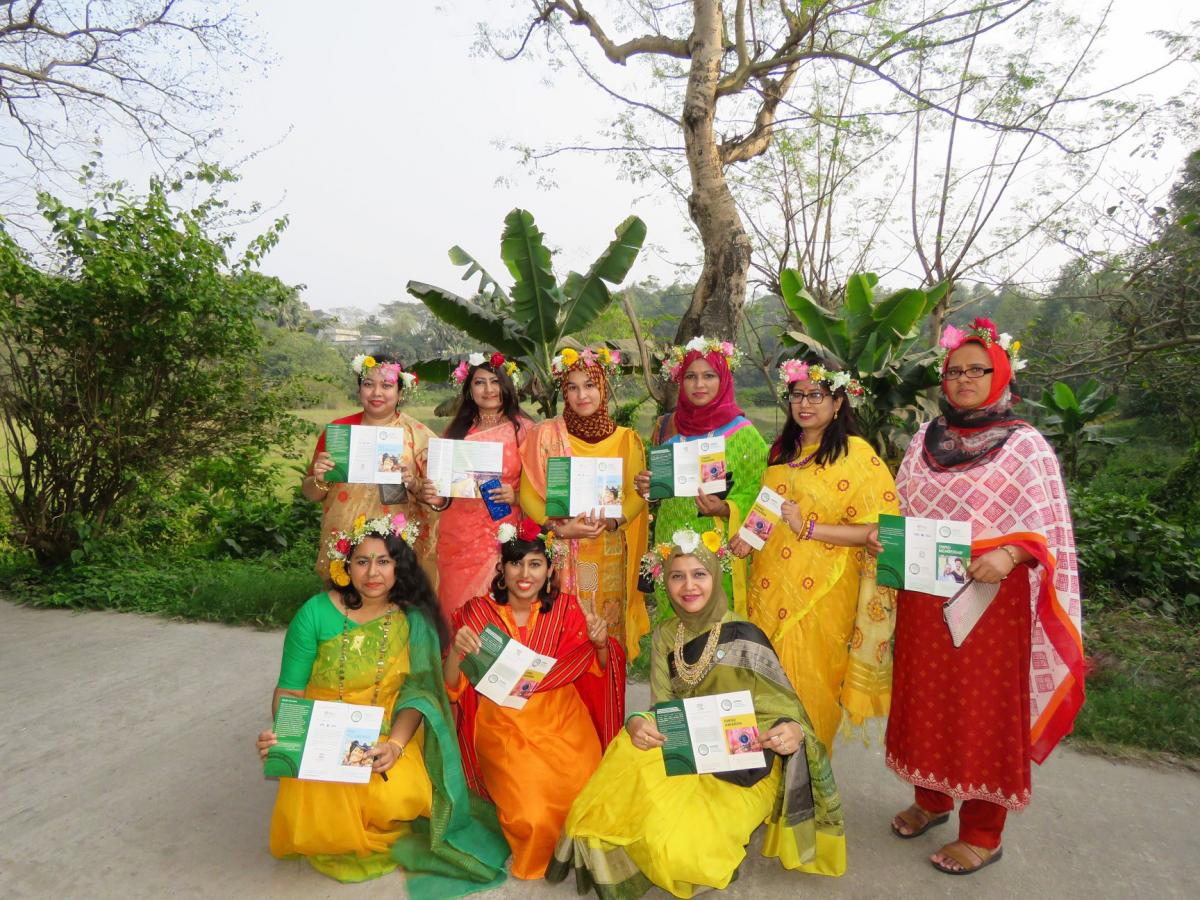