Home › The PhD fellow on track to becoming Senegal's first astrophysicist has big plans for her country's astronomy community.

The PhD fellow on track to becoming Senegal's first astrophysicist has big plans for her country's astronomy community.

If we do research, in addition to establishing connections with other researchers, we must also communicate and do a lot of outreach in order to share our science with the community. 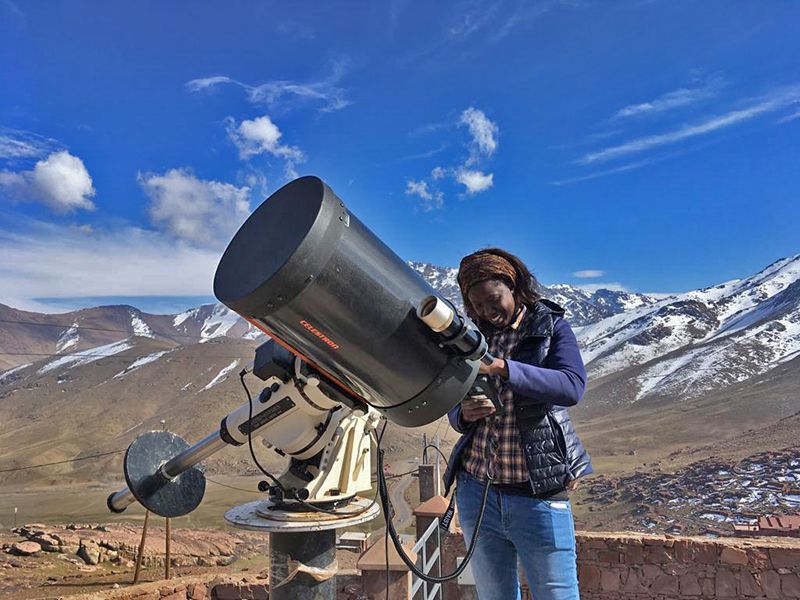 In 2010, OWSD PhD Fellow Salma Sylla Mbaye was at a conference in her native Dakar when she met Belgian astrophysicist Katrien Kolenberg. They discussed Salma’s enthusiasm for astronomy, and she was convinced to pursue a PhD in astrophysics — but there was one major hurdle: astrophysics wasn’t yet taught at any university in Senegal, despite many efforts to promote astronomy by the Senegalese Association for the Promotion of Astronomy (ASPA). Seven years later, the pair came across the Call for Applications for the OWSD PhD Fellowship. Salma decided to apply for the fellowship under the sandwich option in 2017 and was selected as one of 29 fellows that year. The sandwich fellowship allows her to make up to three visits to the University of Cadi Ayyad in Morocco, where she is carrying out research under Professor Zouhair Benkhaldoun. She will return to receive her PhD in astrophysics from the University of Cheikh Anta Diop in Senegal. When she graduates, she will become the first astrophysicist in Senegal. Her PhD project is part of the continent-wide Africa Initiative for Planetary and Space Sciences, and in addition to the University Cheikh Anta Diop and University of Cadi Ayyad also involves partnerships with the Paris Observatory in France and the University of Antwerp in Belgium.

Salma’s PhD research compares the impacts of meteors on Jupiter and the Moon. By studying the flashes resulting from the impacts, she hopes to be able to help astrophysicists make a more precise estimate of the age of the outer solar system. 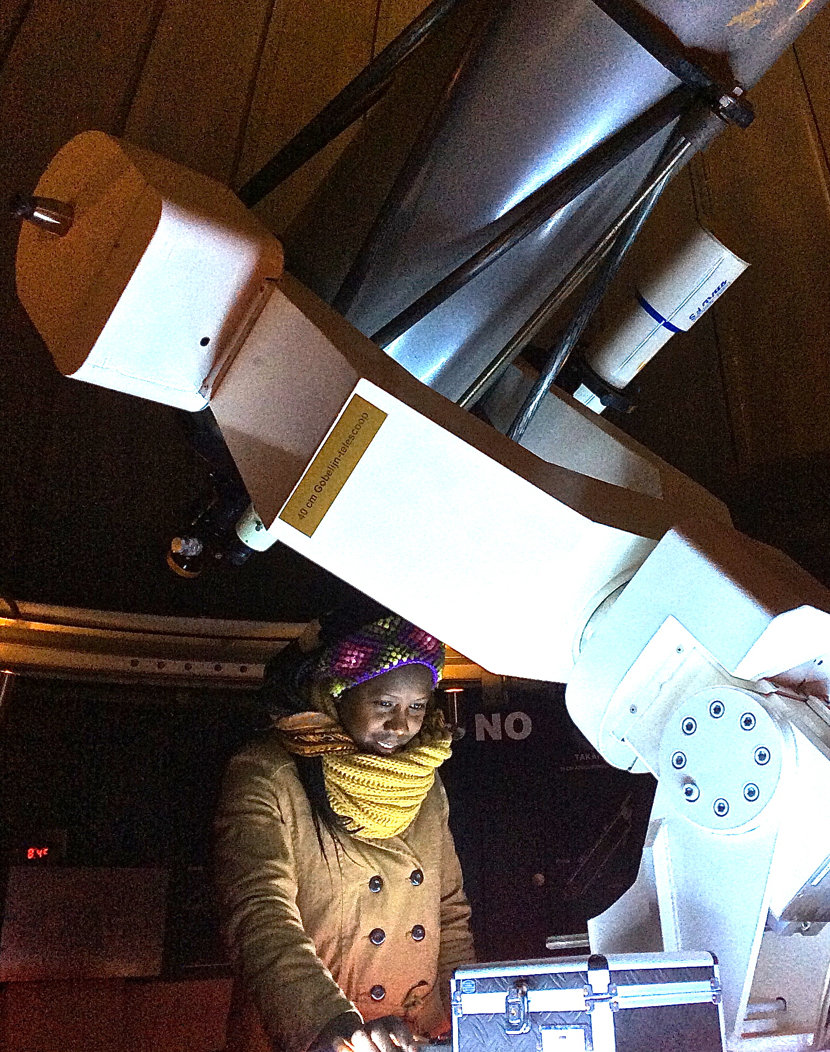 Salma decided to focus on this subject specifically as a way to attract the next generation of Senegalese scientists into astronomy and astrophysics. She believes in the importance of engaging the public in science. “What has surprised me is that when I talk about my research,” she says, “most people look at me like they’re lost, as if my field of research is unknown. Now I understand that if we do research, in addition to establishing connections with other researchers, we must also communicate and do a lot of outreach in order to share our science with the community.”

Salma has already followed through on her intentions. In November, 2018 she published an article on CNN’s website about a collaboration between Senegalese astronomers and NASA to observe the icy celestial object known as Ultima Thule using NASA’s New Horizons spacecraft. She also has plans to work with the Office of Astronomy for Development and the Africa Initiative for Planetary and Space Science to do outreach in astronomy at schools in Senegal and in neighboring countries in West Africa.

After she receives her PhD, Salma intends to teach astronomy at the University of Cheikh Anta Diop. She also hopes to work on strengthening Senegal’s connections with the international astrophysics community – such as those established during the NASA collaboration – in order to grow its emerging astronomy community.