We need Women in Decision-Making Positions

When I got my OWSD fellowship, it was an amazing feeling. Before getting the letter, my academic career was a dream, the letter made it possible.

Many girls do physics in Sudan. Boys do engineering and medicine. Physics does not have a high status. But in the end you get a certificate - you can work with that. Everybody (girls and boys) goes to school and university and has the same working conditions. But there are no women in decision-making positions. In fact in the end, it's not that there are obstacles to moving up - we just don't get on the ladder in the first place! But I just liked Physics. Once I learned it, I liked it!

When I was awarded an OWSD PhD Fellowship, it was an amazing feeling. Before getting the letter, my academic career was a dream, the letter made it possible.  I travelled from my home in Sudan to the Nelson Mandela Metropolitan University in Port Elizabeth, South Africa, and stayed there from August 2008 to September 2012. I managed to complete my PhD in that time, even though I gave birth to my first baby during my first year of study! It was tough. My first year as a PhD student in another country - I had to learn about everything AND be pregnant!

My supervisor was quite demanding. He told me he would terminate my studies if I didn't improve. Each year, my fellowship had to be renewed, depending on how well I worked. The first year he just said he would renew it for a short time. Now I look back and I see that he was trying to push me to work harder - and it worked!

My baby was born in South Africa. My husband came with me and stayed the whole time. He worked in the evenings following an MBA course and during the day he looked after the baby. We lived in one room with a kitchen but it was fine for us. It was good. The Department had good equipment and they were very supportive - they would listen also to your personal problems and try and help you out. In Sudan, we do have some experts in my field, but we just don't have the equipment, we have no labs.

Now I work in Khartoum as an Assistant Professor. I've had a job as a lecturer since 2007. It is a good job but I miss the research. I have no time, I have to teach! But if you do physics, you can have a good career.

My wish for the next generation of women physicists is 'to be seen and to be heard'. There are brilliant girls waiting for their time to shine.

We don't have a number problem here in Sudan - and the training issue is easier to solve than the numbers issue. OWSD is helping a lot with the training.

OWSD - and TWAS - have really helped me make international connections and get visibility. This year I was very very happy to receive the Elsevier Award for Early Career Women Scientists for the Arab region (OWSD and TWAS administer the prize). I received $5,000 and we were invited to attend the AAAS conference in San Jose in California. There were five of us and we each had to give a presentation on our research in front of lots of important scientists. We even had some training on how to write our talks. People were very interested and helpful. Two people in the audience - Gil Omenn and Martha Darling - also decided to give us each an extra $2,500 towards our research. Then the President of the American Physical Society invited me to do some research with her. OWSD also asked a filmaker to interview us and so now I am even in a film.

Before that I was awarded the Lindau prize in 2012 - we went to Lindau (a city in Germany). All the Nobel laureates come and share their experience. I was nominated by TWAS for the prize and selected. I wouldn't have got the prize if I hadn't been nominated.

I would like to give back to OWSD and TWAS, support others and be a role model. I am starting to set up an OWSD National Chapter in Sudan. All the staff members are women in science - and graduate students are volunteers.

May 4, 2022
Awareness about Autistic Health Nutrition 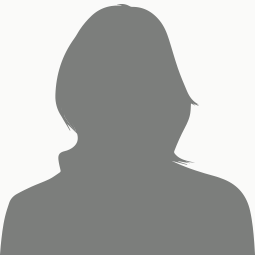