Home › Building a world-class cancer research center in the Caribbean

Building a world-class cancer research center in the Caribbean

Winning this award opened many doors for me. It has led to success in acquiring local funding. 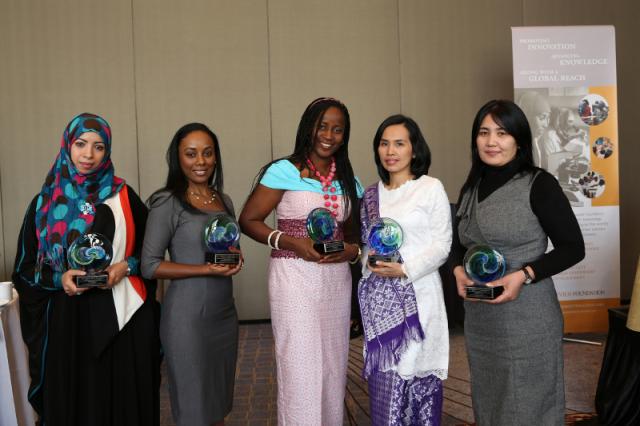 Simone Badal received the OWSD-Elsevier Foundation Award for Early Career Women Scientists in 2014, for her work in designing a new cell culture lab to investigate the cancer-fighting properties of Jamaican natural compounds. She is currently a Lecturer in Biochemistry at the University of the West Indies.

"Winning this award opened many doors for me. It has led to success in acquiring local funding ($70,000USD) from the National Health Fund, and 100,000USD from the principal's new initiative grant at UWI, Mona, have contributed to the opening of the AntiCancer Research Jamaica (ACRJ) Cell Culture lab. This lab is now dedicated to the development of novel Jamaican prostate cancer cell lines. These cell lines will become available to the global community for testing and will contribute to investigating the disparity in prostate cancer incidence and mortality rates among men of African descent compared to other ethnic groups. It is my hope that this lab will grow into a first world anticancer research center in Jamaica that participates in cutting edge anticancer science fully capable of exploiting our natural products towards alleviation of cancer burden in Jamaica, the Caribbean and the world. Already, a business plan has been drafted, a team of scientists engaged along with the principal/president of the institution (UWI, Mona), and a presentation in order to rally funding support.

I successfully landed a publishing contract with Elsevier for a Pharmacognosy text that is now in press (https://www.amazon.com/Pharmacognosy-Fundamentals-Simone-Badal-McCreath-ebook/dp/B01MQL5WKQ/ref=reader_auth_dp), to be on market on or before December 1st. As a result of this, I was asked to be the coordinator for a Pharmacognosy course, apart of the recently launched Doctor of Pharmacy program here at the UWI, Mona. This text will be the recommended text for the course.

I was promoted from research fellow to lecturer where I now conduct independent research and am now supervising two graduate students.

I have also written a book, inspired in part by this award, entitled "A woman's Journey to Success." I am now in search of a publisher."