Home › An environmental chemist exploring the interplay between organic compounds and greenhouse gas emissions in one of the world's largest river systems.

An environmental chemist exploring the interplay between organic compounds and greenhouse gas emissions in one of the world's largest river systems.

Dr. Shammi's research will help to fill a crucial gap in the the global understanding of carbon dynamics and greenhouse gas emissions by providing data on one of the world’s largest river systems.

Environmental chemist Mashura Shammi, a 2018 OWSD Early Career Fellow, is interested in the dynamics of cycles of chemical elements (such as carbon, nitrogen and phosphorous) and how they influence and are influenced by biological systems, a field known as biogeochemistry. Specifically, she focuses on dissolved organic matter (DOM), a mixture of various organic substances that is commonly found in natural water sources. Working in the Department of Environmental Sciences at Jahangirnagar University in Dhaka, she studies how the decomposition of DOM substances is linked to greenhouse gas emissions. 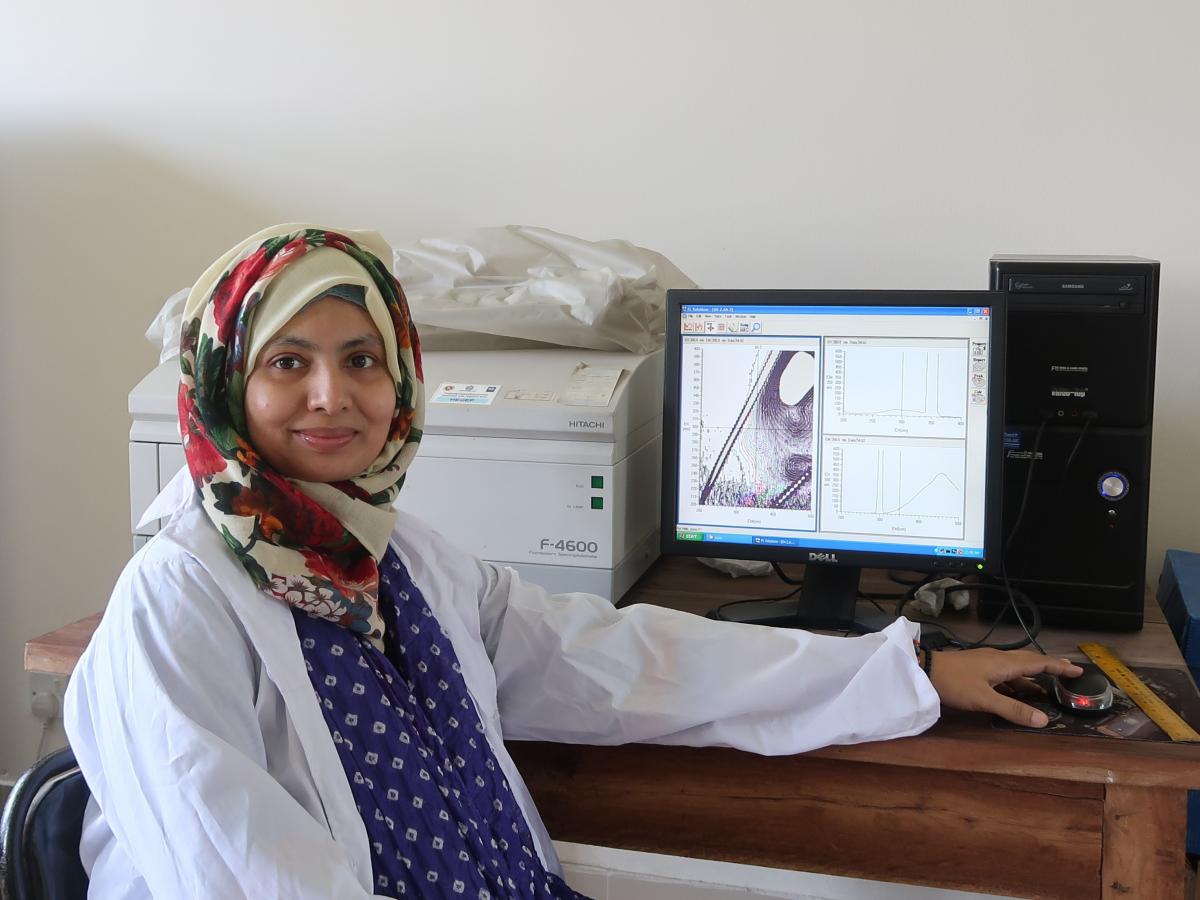 Dr. Shammi’s research project funded under the OWSD Early Career fellowship will help to understand the dynamics of DOM substances and greenhouse gas (GHG) emissions in the Ganges River system of Bangladesh. The Ganges is one the largest river systems in the world, but little is known about its carbon dynamics, including levels of GHG emissions. Dr. Shammi’s project will establish a biogeochemistry laboratory equipped to measure and map the emissions of GHGs in the river – particularly methane (CH4) and carbon dioxide (CO2) – over both space and time. This research will also help to more clearly identify the relative contributions to GHG emissions of naturally occurring and anthropogenic (human-generated) DOMs.

In order to carry out her project, Dr. Shammi will work with a team of three other scientists from Jahangirnagar University as well as two international collaborators from China and Japan. The funding from the Early Career fellowship will allow them to purchase computers, software and other hardware for the lab, as well as laboratory consumables. It will also support one master’s-level and one additional research assistant, and fund site visits to the upper Ganges and lower Ganges regions for data collection. With a well-equipped laboratory dedicated specifically to biogeochemistry, Dr. Shammi hopes that her department’s Water Research Center will establish links with industries in the private sector and implement productive partnerships around industrial wastewater testing and treatment. The centre’s research will also help to fill a crucial gap in the the global understanding of carbon dynamics and greenhouse gas emissions by providing data on one of the world’s largest river systems.

Since the onset of the COVID-19 pandemic, Dr. Shammi has also applied herself to identifying and calling attention to the impacts it has had in Bangladesh and neighboring countries. She has published numerous papers on the environmental and social effects, including the increased hazardous plastic waste from personal protective equipment (PPE), the risks to Rohingya refugees from Myanmar in densely populated refugee settlements in Bangladesh, and the toll that the pandemic has taken on stress and mental health in a country with a high number of socio-economically vulnerable people. She has also written in national media about the need to weigh carefully the benefits and the drawbacks of lockdowns in resource-poor countries, outlining various scenarios for Bangladesh and pushing for strong government action to protect the most vulnerable communities.