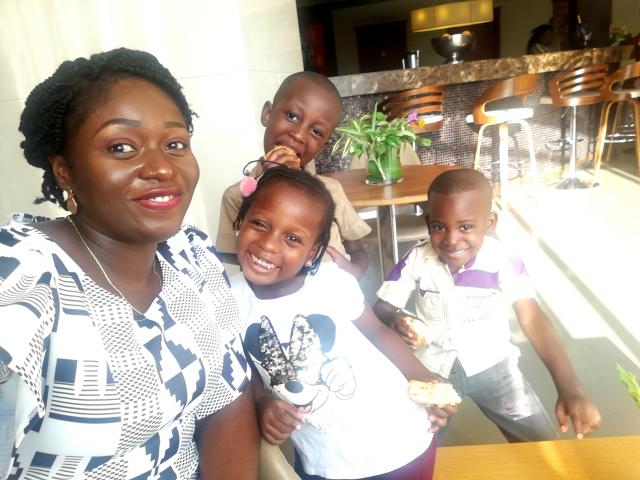 Maryse Dadina Nkoua Ngavouka didn’t always plan to become an experimental physicist. When she was completing her bachelor’s degree in physics at the University of Marien Ngouabi in the Republic of Congo – the country’s only public university at the time – the only option available to her was theoretical physics; the Republic of Congo lacked the equipment and resources necessary for scientists to pursue experimental branches. It wasn’t until her supervisor and mentor, Prof. Bernard M’Passi-Mabiala, encouraged her to go abroad for a postgraduate diploma programme at the International Centre for Theoretical Physics (ICTP) in Trieste, Italy, that Maryse began to consider other options. “Of course the theory is fine, but for what people really need in our country, it’s the application. I wanted to directly help with what people need.”

Maryse ended up remaining in Italy for another 4 years while completing a PhD at the University of Trieste and doing research at the Elettra synchrotron in the NanoInnovation Lab of Dr Loredana Casalis. Physics was not all she learned; coming from Francophone Congo, she was also learning two languages simultaneously: English, the official language of her PhD programme; and Italian, the language spoken widely by her colleagues in the lab.

When she finished her PhD, Maryse felt a strong calling to return to her home country. Despite applying for, and receiving, a post-doctoral position in France, “I was thinking about all the other women like me that don’t have someone to tell them, ok,  you can do that, you can go ahead. I preferred to go back and show them it’s possible, and that you can do better than me.” While there are many programmes in the Congo to encourage girls to finish school, Maryse says, and more and more women entering science, many cultural barriers remain that keep them from going far in science careers. “They say when you do science as a woman, you will not get married—those kinds of things—so they prefer to stop at their bachelor’s or rarely, their master’s.” They also stop for economic reasons: doing a PhD can be prohibitively expensive for many women. 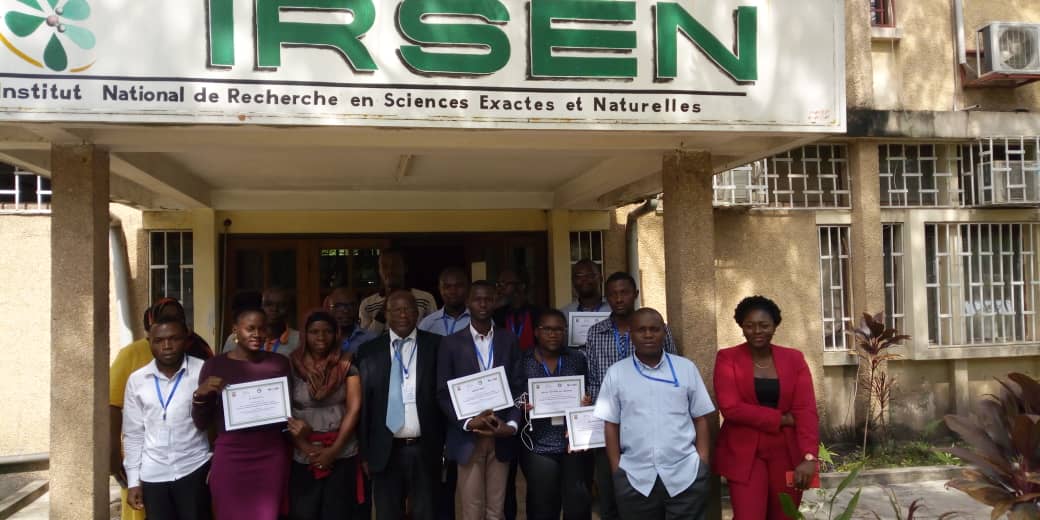 Returning to the same laboratory where she had studied under her mentor Bernard M’Passi-Mabiala, Maryse dedicated herself to working on sustainable energy solutions, to power areas of Congo that lack electricity. But she found herself faced with the same issue that had kept her from entering experimental physics as an undergrad—the infrastructure and equipment she needed was practically nonexistent. She was prepared for this reality, however. “I knew that this would be the situation coming back home. But I knew that people would have trust in me and would fund my project.” During a visit to Trieste for a winter course, she heard about the OWSD Early Career fellowship, just being announced, which provides USD $50,000 to women scientists in the Global South to build up research labs at their home institutes. She applied and was awarded the fellowship as part of the first cohort of Early Career fellows in 2018.

To date, beside the OWSD fellowship fund, her lab has also won two other important grants—one Mandela Washington Fellowship Reciprocal Exchange Component, and a large grant of £308,400 from the Royal Society and the UK Department for International Development (DFID) for capacity building in Africa. The Early Career fellowship has without a doubt facilitated her winning international visibility, says Maryse: “It gives you this aura at the international level that makes it easier to be granted again”.

With the funding from the Early Career fellowship, Maryse was able to furnish her lab with needed resources—most importantly, with advanced surface characterization equipment for atomic force microscopy, a type of microscopy that uses a mechanical probe to produce extremely high resolution images at the nanoscale. The microscope is the only one of its kind available in sub-Saharan Africa, and has already drawn many collaborators from outside of the Congo to her lab.

The systems she has designed as a result of her research use combinations of affordable, renewable energy sources such as biomass and solar panels to guarantee a sufficient supply of electricity to underserved areas. One of these areas includes M’Bamou island, an island in the Congo River next to the country’s capital of Brazzaville. Despite being only a ten minute boat ride from the city, residents of M’Bamou lacked electricity, even for the island’s hospital. Maryse and her team were able to install a mini-grid system that supplies energy to the population, including to two small clinical hospitals and one of the schools that were then able to extend classroom learning hours. 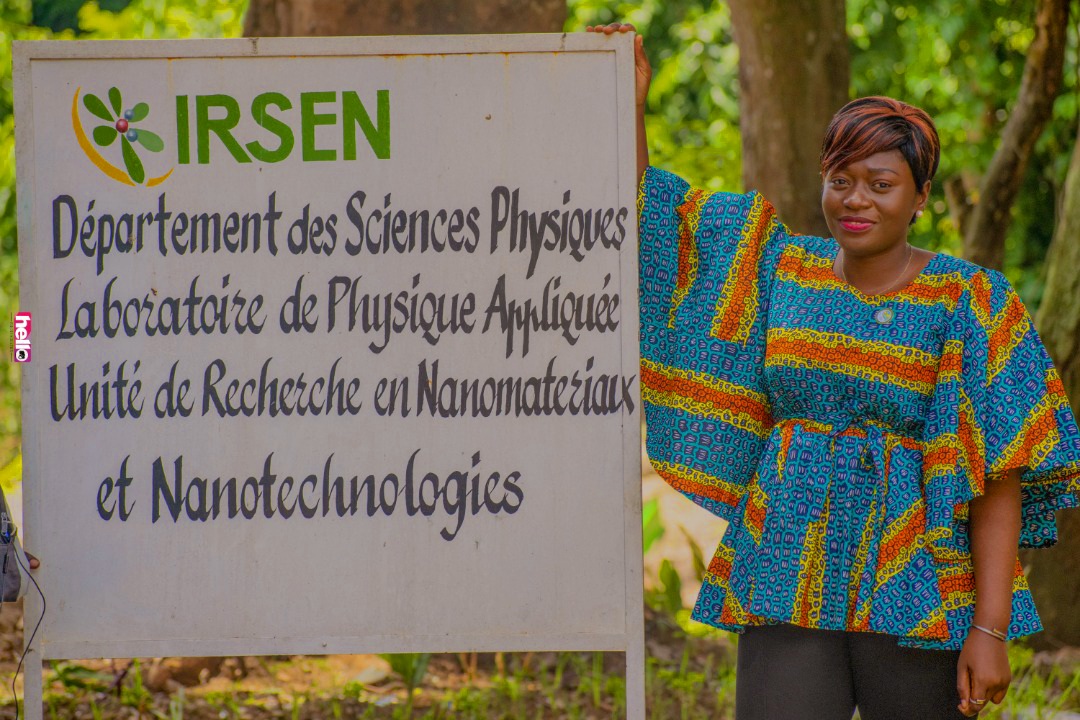 Maryse hopes to scale up this solution to areas with energy shortages all over the Congo, but says that political buy-in is essential. “We really would like for the government to try to understand how important it is to link research to industry.” The success she and her team had on M'Bamou has been popular, and many officials have indeed been enthusiastic, asking for the mini-grid system to be installed in their own villages—which the researchers do free of charge, besides the cost for the equipment. The systems, once installed, are simple to maintain and are expected to last about 20 years. But not everything has been smooth sailing. “There were many challenges, I won’t lie. We had a problem of generational differences, just for people to accept the idea, to let us do our work. Or gender, you know – it’s a woman, are you sure she knows what she is doing?” This was compounded by technical difficulties; the system prototype failed many of its early tests.

Throughout the difficulties she experienced bringing this project to fruition, it was Maryse’s passion for science—and for helping her country—that kept her going. She credits this passion to her family and to her high school physics teacher: “He was able to explain to us the links between everything happening in the world. We were just fascinated how he was able to explain everything with simple equations.” Her older sister, now a biologist, also shared her love of science and encouraged her down this path, sharing stories from her own research with her younger sister while she was still in high school. Maryse’s mother, who raised the sisters on her own, was a big supporter of her daughters’ dreams as well. “Even though society was leading us to do something else, she always told us to follow what we are passionate about and not worry about what other people thought.”

Now, Maryse is paving the way to make sure that younger Congolese scientists can also follow their passions. Since her lab has acquired more of the necessary equipment, they’ve seen an influx of Master’s students in experimental physics—10 in the last year alone, including 2 women—who previously would have had the option only of studying theoretical physics. “People now are excited about the experimental work. They come and we don’t even know where to put them!” The lab will need more human resources to train the new students, Maryse says. But in the meantime, she offers words of advice to young scientists starting out on their careers: “People say passion is not that important, but it’s something that has really helped me to move forward. The situation here is really challenging, but when you are following your passion, people will always see what you are doing. People will see that you are doing something different, and they will help you.”